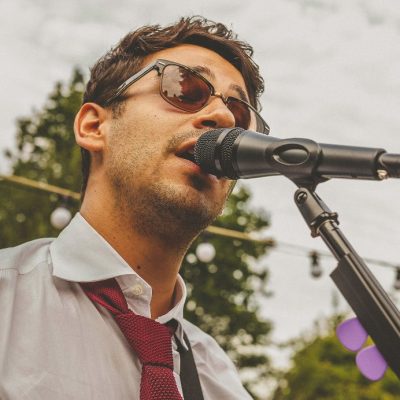 Frontman and lead guitarist Rhys comes from a showbiz background (his Dad was an actor) and consequently he loves nothing more than doing his best impressions of Liam Gallagher, Damon Albarn, Brett Anderson, Richard Ashcroft… the list goes on!

A highly accomplished singer and guitarist, Rhys has an honours degree from London College of Music in Popular Music Performance. He has played professionally across London since 2003 at countless venues, lent his vocal and guitar skills to a variety of different artists and is a skilled songwriter in his own right (well, he likes to think so anyway…). 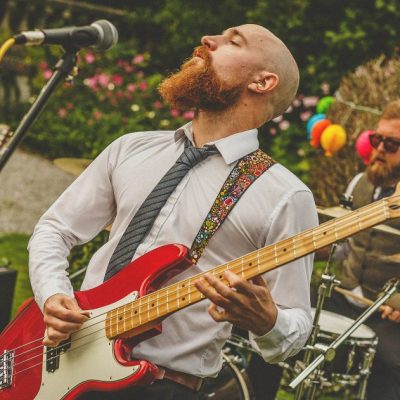 Jules is a truly gifted bass guitarist, an excellent singer and an even better dancer. A self-confessed attention seeker, Jules is undoubtedly the showman of the band and his shapes will have you infectiously dancing along in no time!

He has recorded, written and performed across London and the UK for a variety of artists as well as in his own bands for over 10 years. 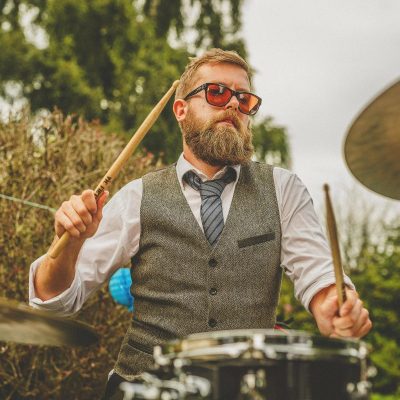 Tom (or ‘Smashy Mc Crashy’ as he is sometimes better known) has been obsessed with drumming from an early age. A highly adaptable musician, Tom plays a variety of percussion instruments helping to increase the band’s versatility when playing venues that don’t allow a full drum kit (although this does make him a little bit upset sometimes). A fellow graduate of London College of Music, Tom has played with some of the biggest names in the music industry over the last 10 years having played at The Camden Roundhouse, Isle Of Wight Festival, Bestival and recorded at Abbey Road Studios (not that he likes to boast). It also goes without saying (as it does for all of us) that he is a massive Britpop fan!